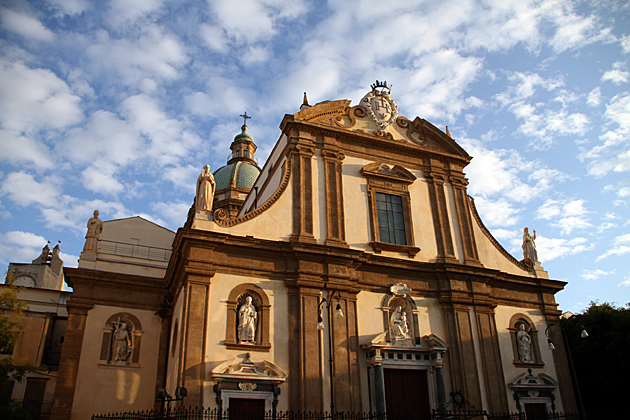 Although it's tucked into the maze-like alleys of the Albergheria, the Casa Professa (or the Chiesa del Gesù, as it's more officially known) isn't difficult to find. Just head towards that beautiful green and white tiled dome, visible over most of the neighborhood's rooftops. One of southern Italy's most spectacular Baroque churches awaits.