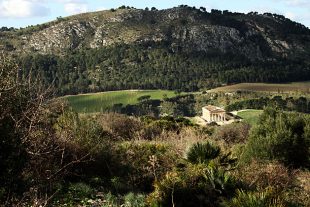 The Ruins of Segesta

Segesta was founded high upon Mount Barbaro by the Elymian people, one of three Bronze Age cultures that flourished in Sicily before the arrival of overseas powers. Eventually, though, the foreigners came knocking and, after a doomed alliance with Carthage, Segesta attached its fortunes to Athens. The Romans and Arabs also took possession of Segesta, but the city was abandoned completely at some point during the Middle Ages. This desertion allowed Segesta’s ruins to survive relatively untouched, shielded from the destructive march of history. 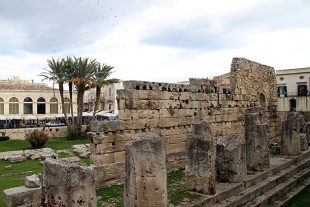 The moment you cross the bridge onto the island Ortigia, where the ancient center of Syracuse is found, you’re confronted with what the word “ancient” truly means. The ruins of the Temple of Apollo greet visitors at the island’s gateway, and serve as the perfect introduction to a city rich in myth and history.